Posted by kacperniburski ⋅ May 22, 2015 ⋅ Leave a comment
Filed Under  birthday, blog

I brought you a present. Here. 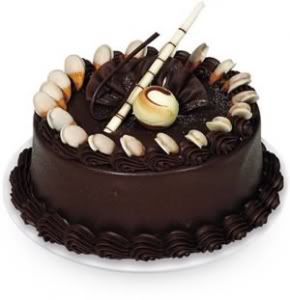 No, really. I’m sorry. I missed your birthday. I didn’t wish you on the 21st of April. I’m late. There’s no excuse…

Nothing is worth a laugh here. I shouldn’t have missed the date. That’s it.

Not exactly. Blog, I know there’s nothing that can make up for it.

Is that why you didn’t do anything to try?

No. Well. I was busy. Adults are busy.

But you’re writing here now. This is your freetime.

Well, I’m spending it playing with you.

What game is this?

I guess you are.

Well, I’m done running around then.

I didn’t mean to offend you, blog. I missed my own birthday if that matters.

It should to you.

I know, I know. But it doesn’t really.

I’m trying. That’s all I’m trying to do, blog. But it’s hard to find the time.

Make more of it.

That’s impossible, blog. There’s only so many hours in the day.

And only one birthday.

I know. I get it. I do. But there are other days too. Other birthdays that aren’t yours.

Ya. But to make it to the next birthday, you have to forget your own sometimes.

So you forgot mine.

I guess. You’ve grown enough to see my faults.

Did you expect anything else?

I don’t know. Something silent. Something understood just by the fact that I could sit here and look at whiteness and not poison the page with something like this.

Readers. The people who have seen you come and go and who will go and come only to have others come and go in their place.

Am I a location, then?

No. You’re too inquisitive to be a slab of geography.

Well, you’re four is what you are. Four and a month.

Well, you won’t for long.

See. It’ll go away. Your sight.

Why are you telling me this?

My eyes are getting worse. It’s been on my mind, blog. I edge myself to the screen each time I type nowadays. Sorry, it’s a moribund thought.

What does it mean though?

I just can’t do what I did with as much clairvoyance. I forget easier too.

I’m not sure. Maybe part of it is also in the creation of you.

Well, I use you to remember. To capture myself as a child in you. I tried to prevent age making children of us all.

That doesn’t make any sense.

It does to me.

No. I don’t think so. You’re smarter than any other four year old I know.

And you know many?

Then is that statement accurate?

No, it’s not, but you’re proving it by refuting it.

See – that’s what growing into adulthood is. Confusion.

They spend their time trying to avoid conflict, the unsettling feeling that they may not be enough. It’s how marketing works. Tell someone they aren’t enough, they’ll agree, and enough cash will be spent to change the gradient if only for a little while.

You created me because you weren’t whole, weren’t complete.

Ya. A girl broke up with me.

I don’t have that luxury.

Too bad a twenty-three year old still hasn’t mastered it.

It took me a few years, ya. Pronouncing R’s was difficult.

I could do it from the beginning.

You sound like your father with your broken, blunt aphorisms.

That isn’t a bad thing, I hope.

No, but I remember something.

Something you wrote. Here it is: “what’s done is done.” It’s a saying of your father.

Well, can’t you change what is done?

Then just trying to make yourself feel better?

I am trying to make me ensure that what is done isn’t done again.

By trying to do good.

For me. And hope that in doing it, someone like me but not me, who thinks and feels and says as I do, maybe my father or maybe his father or maybe someone who first said what’s done is done, will think I did good too.

And if you’re busy?

Hopefully I won’t be that busy.

And if you are?

Then I’ll have to reconsider. I think I need to do that anyways.

Well, I missed your birthday. And my own.

Without the two, there wouldn’t be another day.

Then what will you do?

That won’t solve anything.

You’re right. It’ll look like graffiti if arranged in the right way.

I don’t know what else to do.

You could stay here with me.

Celebrate my birthday. You did bring me a cake picture after all.

And it won’t go bad overtime. It is only an image.

And so is all of this.

So, we can sit and pretend to eat when we want.

Only when we want to. We’ll have choice. That’s why people like cake – it isn’t nutrious but they have the choice to choose something bad for them.

What would he do, then?

Then do. Try and sit and watch the cake image with me. It’s beautiful.

Ya. But what happens when I’m done?

What is done is done, as you said.

I see. I can be on time and celebrate your fifth birthday.

You’ll be so old then.

I won’t be able to believe it.

I remember when I fixed your grammer mistakes like soiled diapers.

Everyone has them. Your dad did too.

And I hope you give him a cake as nice as you gave me.

That’s all you can do. All he did too.

No problem, Kacper. Happy late birthday, by the way.

I hope you are less busy.

And I hope you are more busy.

I am searching for something in between the letters. Follow my wordpress or my IG (@_kenkan)
View all posts by kacperniburski »
« Tombstone engraving
Royal flush »